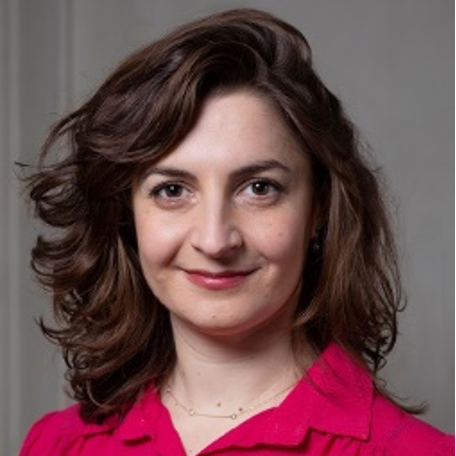 Anemona Constantin is a political sociologist by training. She holds a Ph.D. in political science from the University of Paris Nanterre (2019), where she taught seminars in political science and social history of ideas for MA and BA students (2006-2011). Her works examine the transformations of the Romanian intellectual field after 1989, the public debates around fascism and communism that sparked in Eastern Europe during the post-socialist period, and the (re)-writing of national histories after the fall of the Berlin Wall in Romania, Bulgaria, and the Republic of Moldova. Her doctoral and post-doctoral works were conducted within the framework of several international projects: the “Criminalization of the authoritarian past in Europe and Latin America” (2016-2019), co-funded by the Labex “Les passés dans le présent” (CNRS, France) and “Care for the Future” Program (AHRC, UK); and the “Transnational Justice and Memory in Global Perspective” (2018-2020), the University of Bucharest.

“The Internationalization of Romanian Anticommunism. Transnational Biographies and the Circulation of Knowledge”

This research project examines how the internationalization of intellectual careers (through exile, immigration, and professional mobility) shaped national and transnational discourses concerning Romania’s communist past since the 1950s. Historians' narratives on the so-called “recent period” (Ţurcanu, 2000) contributed to the emergence, in the first decade of the twenty-first century, of a new official history that condemned the involvement of the Romanian government in the Holocaust (Wiesel, 2004) and denounced the communist regime as "illegitimate and criminal" (Tismăneanu, 2007). By focusing on three generations of transnational actors, the project examines how their biographical context, socialization, education, and professional legitimation strategies at home or abroad have impacted their narratives on the twentieth century's dictatorial past.