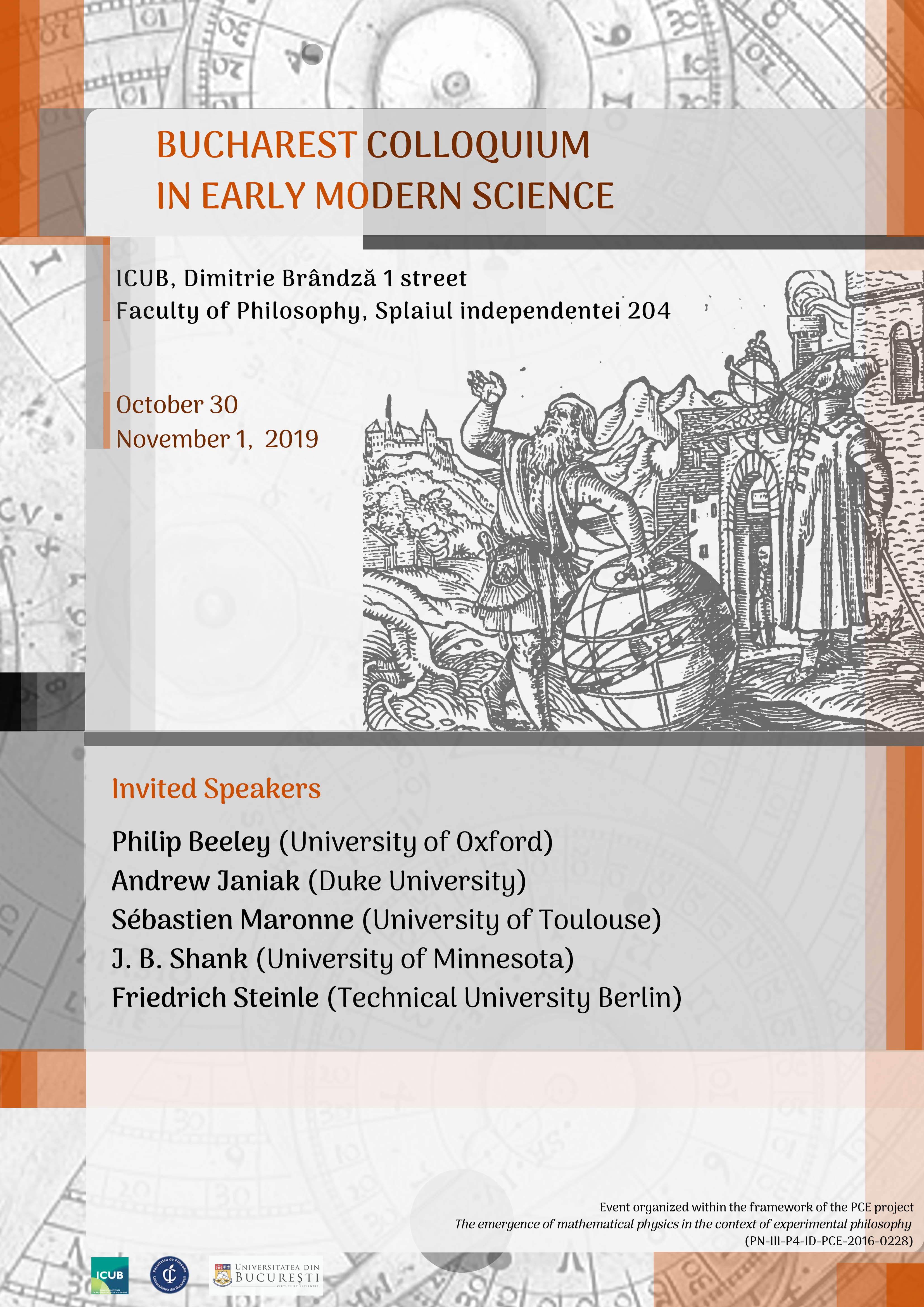 The Emergence of Mathematical Physics in the Context of Experimental Philosophy

As we all know, early modern science came to the world dressed up in mathematical vestments. Much has been said about the shape and colours of these clothes. Traditional grand narratives of the “mathematization of nature” or “mechanization of the world picture” have gradually dissolved into more fine-grained and localized historiographical categories such as “forms of mathematization”, “artisanal knowledge” or “experimental practices”. However, in all these framings, questions about how natural philosophy became amenable to mathematical treatment are still central to understanding the emergence of modern science.

The eighth edition of the Bucharest Colloquium in Early Modern Science aims to explore the diversity in methods, scopes, shapes and colours of some of the—well-known, and less well-known—projects of mathematization. It will focus, more precisely, on mathematical forms which have an experimental component. We aim to bring together scholars coming from different disciplines, thus cutting across the established divisions and traditional temporal delimitations.

The 8th edition of the Bucharest Colloquium in Early Modern Science will be organized, jointly, by the ICUB Humanities and the Department of Theoretical Philosophy, Faculty of Philosophy, and will mark the end of the research grant “The emergence of mathematical physics in the context of experimental philosophy” (2017-2019).

The programme of the colloquium is available here.

Event is in progress

Could not find route!

Weather data is currently not available for this location