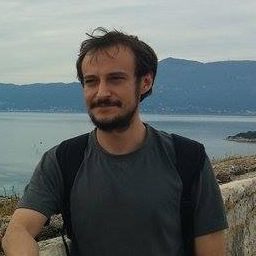 Andrei Ionescu is a Postdoctoral Researcher in cognitive humanities, currently exploring the ways in which literature, philosophy, and cognitive science deal with mental health and illness. He was a Research Associate with Ghent University (Belgium) and Princess Nourah bint Abdulrahman University (Saudi Arabia). He completed his doctoral studies at the University of Padua (Italy) with an interdisciplinary dissertation exploring failures of understanding in human interaction. He also holds a Research MA degree in Literary and Cultural Studies from the University of Groningen (the Netherlands) and a BA degree in the History and Theory of Arts and Literature from Jacobs University Bremen (Germany). He is the author of a book, Disrupted Intersubjectivity: Paralysis and Invasion in Ian McEwan’s works (Bloomsbury, June 2020), and of several articles on topics including social interaction, the relationship between science and literature, and the interaction of human and non-human realities in modern and contemporary fiction.

The Epistemological Potential of Literature: D.H. Lawrence’s Influence on Deleuze and Guattari’s Philosophy of Literature and Psychopathology

This project examines D.H. Lawrence’s influences on the development of Gilles Deleuze and Félix Guattari’s literary-clinical work, i.e. their analyses of literature’s nature and functions in connection to issues addressed by psychopathology. By systematically investigating: 1) Deleuze and Guattari’s remarks on Lawrence; 2) Lawrence’s theoretical works on psychoanalysis and literature; and 3) the representation of mental health and illness in Lawrence’s novels Sons and Lovers, The Rainbow and Women in Love, the project aims at shedding light on Lawrence’s impact on Deleuze and Guattari’s philosophy of literature and psychopathology in particular, and to illuminate literature’s epistemological potential more generally.