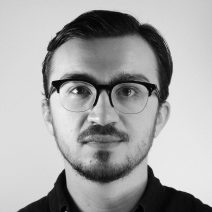 Mihai Ometiță is a postdoctoral researcher in philosophy, currently working on cinematographic perception in contrast to ordinary perception, with a focus on the issue of intentional action. He was a Postdoctoral Fellow at New Europe College – Institute for Advanced Study (Bucharest) and Teaching Assistant at University of East Anglia (UK). At East Anglia he completed his PhD thesis entitled “Wittgenstein and the Problem of Phenomenology”, investigating the phenomenological project put forward by Wittgenstein in his manuscripts from the little known, so-called “middle period” of the Nachlass. Mihai also holds a Research MA degree from the University of Groningen (The Netherlands), where he wrote a dissertation on the Heidegger-Cassirer debate on Kant’s ethics. He is a co-editor of the volume Wittgenstein and Phenomenology (Routledge, 2018), author of a number of studies on Wittgenstein’s manuscripts in relation to phenomenological philosophy, as well as organizer and contributor of numerous international conferences in various countries, such as Belgium, Brazil, France, Germany, Norway, The Netherlands, Romania, and UK.

Conceptual History of a Triad: Cinema–Modernity–Modernism

According to contemporary philosophical accounts, our ways of understanding intentions (e.g. to take revenge) or mental states (e.g. fear) of other persons are to be regarded as uniform and homogenous. The project aims at developing a more fine-grained and case-sensitive approach to this issue. To that purpose, I investigate comparisons between cinematographic and ordinary perception which Wittgenstein develops in a series of under-explored manuscripts, and which turn out to be akin and complementary with the parallels and contrasts that the early Merleau-Ponty draws between the two kinds of experience. In this light, the project calls for a closer scrutiny of contrastive cases, such as modalities in which a film spectator gets the intention or the mental state of a film protagonist versus modalities in which an ordinary person understands the others’ intentions and mental states in everyday life.